It’s our latest TV obsession, but what really goes on behind closed doors at the Celebrity Dating Agency? We caught up with Chloe Sims, Mutya Buena, Callum Izzard, Amy Tapper and Sam Craske to find out…

She’s best known for her role on TOWIE, but Chloe Sims has shown another side to her personality on our screens in this series of Celebs Go Dating.

She explains, ‘I give off a certain vibe when people meet me – but that’s not actually who I am. I think it’s just like a defence thing.

‘And also it’s a little bit to do with the way I’ve been moulded on the show I’m on [TOWIE], cos we all kind of have our characters,’ Chloe adds. ‘And that’s only a little bit of my personality. I’m not actually an agony aunt and I’m not really that icy, it’s just how I’ve been portrayed.’

On Celebs Go Dating, however, she feels she has ‘shown all sides’ of her personality. ‘On the show that I’m used to being on, there are so many other characters there, so you don’t need to give all of yourself,’ she says. ‘So I think, with [Celebs Go Dating], they’ve pulled it out of me!’

If she met a boyfriend on the show, would she bring him on TOWIE? She’s not ruling it out. ‘Possibly,’ she muses.

She adds that a lot of the men she has been dating have ‘strong careers that are not on TV’ so may not have the time for a regular slot on the show. ‘But, I mean, an appearance here or there, that could probably happen,’ she adds.

As we talk about her time on the show, she opens up about the ‘funny old choices’ she’s made in her love life over the years.

‘I regret people that I’ve dated off camera, not just ones on the camera. But obviously, you learn from your lessons – and I’ve made some good TV!’

In the past, she adds, she has gone into relationships with other TOWIE members because of the ‘bubble’ of the show. ‘You can easily start thinking that you and somebody else could make something work,’ she says, but ‘when you step out of that bubble, it would never work.’

The former Sugababes star says she’s keen to date and doesn’t want to settle down just yet.

‘Second dates are good, but there’s so much potential out there. Why would you want a second date? You just kind of want to keep it open – for now! I just want everyone, to be honest. I’m a bit greedy like that.’

Does her daughter mind her going on all of these dates? Absolutely not, Mutya says. ‘She’s all up for it. She loves the fact I’m going out dating – she knows, without this, I wouldn’t be dating.’

But if her daughter had had a problem, Mutya wouldn’t have signed up for the show, she says. ‘If she was upset about me dating on TV, I wouldn’t do it. But she’s down!’

Mutya says she and her daughter are ‘besties’, but her daughter is sometimes teased by her friends because of her attractive mum.

‘She’s more embarrassed about her friends at school fancying me.

‘They’re like [to her daughter] “how do you feel about me being your new step-daddy?” and I’m like, “baby, tell your little friend I’m going to come over and poke him in the eye!”’

After a rocky start, Ibiza Weekender’s Callum Izzard says he is learning a lot about how to succeed on a date.

‘I had a couple of ones at the beginning that said I wasn’t doing a lot of listening. Someone down here,’ he says, gesturing to his trousers, ‘kept taking over!’

But now, with Paul’s help, he is working on being more attentive. ‘With Paul’s help I’ve had a lot of ear flirting. That’s what gentlemen do.’

While he calls Paul his ‘brother’, he says he clashed with Nadia when she was an agent on the show.

‘We don’t really see eye-to-eye. She gives me a lot of advice and it’s always negative.

‘But I’ve head of the saying “lead by example”. Where is her man? Where is he? Come on, that’s all I’m saying…

Amy Tapper and Sam Craske on dating for the first time

‘Up until the show, I never really dated,’ Amy says. She has found the experience much better than using dating apps, as she says it feels safer.

‘You know they’ve been checked [on Celebs Go Dating] and they’re real people – they’re not going to be Colin, 68, from somewhere.’

Sam says he has never used Tinder either. In fact, he admits he hasn’t been on many dates since he broke up with Little Mix star Jade Thirlwall four years ago.

‘I’d been on one date in two or three years. So I was really worried and nervous about dating experiences. I just didn’t want to do it.’

But now he thinks dating is not a big deal. ‘One thing I’ve taken away from this is dating’s not that bad.’

Having said that, he says dating is harder when you’re a celebrity. ‘I can’t deal with people who are fame-hungry and try and leech on to you and try and get something out of you. That’s a massive turn-off.’

Is he worried that people are dating him just for the fame? ‘It’s always going to be a wall you’ve got up,’ he says.

‘Always in the back of your mind you’re sitting there thinking: do they actually like you or are they liking you because of who you are, and the image you’ve got behind you?’ 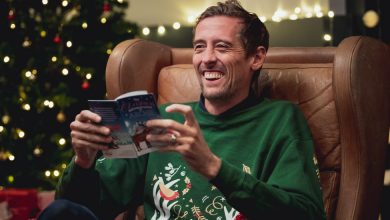 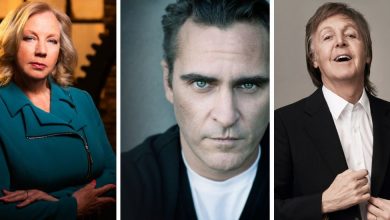 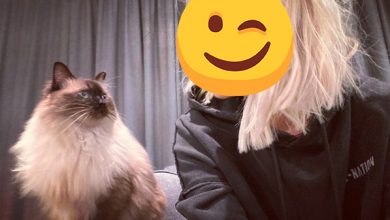