Following on from last night’s emotional final, we caught up with Love Island contestant Laura Crane. She reveals all about ‘the other Laura’, her future with Jack and the couples that will last the longest

How did you feel about Jack and Dani winning the show last night?
‘Really happy because they’re both so lovely. They’ve been in there since the start – they’re deserving winners.’

Which couples do you think will work outside the villa and why?
‘Josh and Kaz – they are really strong. Meg and Wes are just totally in love as well. When you’re in there, you see they’re so smitten by each other. Those two will definitely be okay.

Obviously Jack and Dani and Laura and Paul as well. They look like they’re getting closer and closer so hopefully everything works out for them.’

Who were you closest to in the villa?
‘Girl-wise, definitely Meg and Alexandra. They were my girls in there. I’m excited to hang out with them when we all get back together. I saw Alexandra last night.’

What’s it like to see islanders on the outside?
‘It’s amazing. Everyone’s just buzzing to be back in the real world again. It’s nice to do normal stuff that you do with your mates on the outside.’

How did you get on with the other Laura when you were in the villa?
‘Really well – she’s so lovely. Obviously it was a bit tough on me going in there, and then her and Jack broke up. But luckily Paul went in there and swooped her off her feet and made her happy. So it just gave her and I the time to become really close friends.

You’re all living together, so you push things to the side. You just have to get past it quick and get on with it.’

How did you feel when you found out it would be Laura who was reading out your lie detector questions?
‘I felt so bad. Honestly. I’d already told her “there’s a couple of funny questions in there” because in the house you were always having banter – you’re all mates in there. So those ones went in.

And then when we found out that Laura was going to be reading the questions I was saying to everyone else, “I feel so bad, I can’t believe I’m in this position.”

But she did okay – she laughed it off and then we all had a joke about it at the end.’

What first attracted you to Jack?
‘He’s got a really big personality, so that pulled me in – as well as his looks, I suppose! But yeah, it was a mix. We both get on really well and we both have really big personalities. The two of us were always laughing, joking around and throwing each other in the pool. It just flowed. It was really easy.’

When you first came into the villa, you turned Dr Alex’s head. Were you ever attracted to him?
‘Alex really surprised me when I went in there. He’s absolutely hilarious – he’s so funny and such a lovely guy. Obviously the physical attraction wasn’t really there for me, but he became one of my really good friends in there. We were always having a laugh and a joke. Hopefully he ends up finding what he’s looking for on the outside.’

You said you were very close to Alexandra. How did you feel about how Dr Alex treated her?
‘In there it’s hard. You’re having to really listen to your feelings. And, you know, he was truthful with her and I think she really appreciates the fact that he didn’t try and just stay with her to get to the final.

It’s a hard situation for the both of them but I think he did try to deal with it in the best way possible, which is obviously hard for both of them. But he’s a lovely guy – he never would have done anything to hurt anyone.’

What was the best thing about being in the villa?
‘All of the new friends that I’ve made. They’re friends for life now. You’ve all had your ups and downs and you’ve had each other’s back. You’ve been through some things that no-one can ever really relate to, unless they’ve been in there.’

You got quite emotional at points in the show, especially in response to Jack’s lie detector results. Why do you think you got so upset?
‘I went into the villa expecting I’d have a crush on someone, I didn’t really realise I’d have such strong feelings for someone so soon. Before, as soon as I would see little doubts or anything that was kind of scaring me, I would literally run away and leave the country. But in there you don’t have that choice, you really have to deal with how you’re feeling. You can’t run away.

But it ended up being a massive positive because I listened to my feelings and I ended up getting the boy I wanted. So it’s all good.’

We just have to know – how did all the girls stay waxed and pristine for so long? Did you have beauticians in house or did you do it yourself?
‘I definitely learnt a lot about makeup and beauty while I was in there. Being a surfer, it was not something I knew much about, but the girls were always helping me with my makeup and I learnt a couple of things.

But no, it was pretty much all us – the girls knew exactly what they were doing.’

So you all just brought your own wax strips and shavers?
‘Yeah. We had our nails done once, though – it was a little treat.’

What is life like on the outside world?
‘It’s crazy. It’s amazing, honestly. It’s really nice to come out and everything be really positive and nobody’s really throwing any hate our way. We’re really thankful for that.

It’s new and there’s times where you’re a bit like, “Oh, god, this is a lot.” But it’s amazing – we’re loving every minute of it.’

Have people recognised you in the street?
‘Yeah, I was in Starbucks the other day and some girl next to me was scrolling my Instagram. I was just like, “this is crazy!” But, no, we’re loving it. We’re trying to take it all in and enjoy it.’

What do you think is in the future for you and Jack?
‘I’ve already met his parents and his family, so it’s going really well. We’re taking it step by step but we’re really happy and not putting too much pressure on it. When you’re in the villa, things move really quickly. So we’re just enjoying doing it at a normal pace.’

Do you think at some point in the future you and Jack could move in together?
‘Yeah, definitely. Never say never. You know, we’re getting on so well. The last four days we’ve been together every single day. And in the villa you’re already practicing for that. So it’s not off the cards – that’s for sure.’

Essex heartthrob Pete Wicks talks TOWIE, his relationship with Shelby and why he hates birthdays 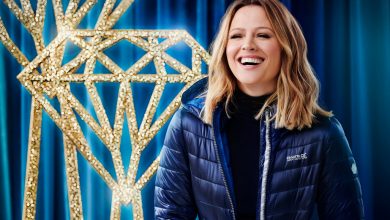