She’s back! The bubbly and opinionated contestant from last year’s Love Island is now back on our screens and looking for love in Celebs Go Dating. We caught up with her to talk turn-offs, drinking through bad dates and why she’d be perfect for I’m a Celebrity…Get Me Out of Here!

What has been your favourite date so far on Celebs Go Dating?
‘One of the dates we did in the countryside. I don’t know if it was a low point or a highlight. It’s nice when we’re all together, all the – I hate saying the word ‘celebrities’, it makes me feel sick – but all the celebrities. We have a laugh.’

What would you say is your normal type?
‘I don’t really have a set type but I just wanted someone down to earth and normal, not doing anything in this industry. Just a normal guy. I’ve missed that since Love Island.’

Do you think, since Love Island, men have been more interested in getting to know you?
‘No, it’s the complete opposite. Before Love Island, my DMs was the Pick ‘n’ Mix of hot guys and now it’s honestly like dust balls. I feel like people have a perception of what I’m like – my catchphrase that I get all the time when people talk to me is, “oh, you’re actually really nice.”

I’ve obviously dated since Love Island, but I was with Chris and then I was seeing my ex. So I’ve not really been on the market as such, so this is quite nice for me.’

What do you think Chris would make of you being on this show?
‘He stands by this motto that he doesn’t watch TV, so he probably won’t watch it.’

Eyal told us that, out of all the celebs on the show, he’d want to date you. How do you feel about that?
‘Oh I take that as a massive compliment. We’ve got a bit more of a… I was going to say we’ve got a bit of a brotherly bond, but that’s a bit weird because when we have a drink it all gets a bit incenstral! I don’t know. Yeah. No comment.

Eyal is beautiful, he’s very charming, very sweet. I’m glad we’ve been able to get to know him. He’s not like he came across on Love Island – he’s much more down-to-earth.’

Have there been any dates where you have left because they were so awkward?
‘I’ve seen it through like a trooper, but there was one where I was counting the minutes. He was just an absolute a**hole. He was arrogant, I got a bad vibe off him when I sat down.’

What is your biggest turn-off on a date?
‘Arrogance, when you feel that attitude. I like banter, I like being teased a little bit, but not when it’s in a cold way. You know you can tell when a guy’s really nervous when he starts to be a bit rude. I hate that.’

Who should pay on the first date?
‘I feel like it should always be the guy. I’m not paying for dinner. If you’re not paying, then were both going to leave and get arrested! Simple as that. And I’m all about feminism, it’s 2018 and all that, but I just feel like there’s got to be a bit of chivalry. On the first date I think a man should pay.’

How does Celebs Go Dating compare to Love Island?
‘It’s a very different thing. This is a lot lighter. It is dating – our normal lives are still going on around the show, whereas Love Island is all-consuming, it’s very heavy on the love thing. You’ve got to share a bed with them. This feels like a breeze compared to Love Island.’

How real is Love Island?
‘It’s reality. We do what we want to do, we date who we want to date. It’s just little things, like if I’m in the toilet talking to Amber about Chris, they’re like, “can you have that conversation somewhere nice?” They never tell you what to say. It’s not constructed, we are left to our own devices.’

What are the benefits to having no contact with your dates, except through the agency?
‘Boys’ Instagrams cringe me out. I could meet a boy, really like him, and then I’d look at his Instagram and be like “oh my god, I’m cringing so much.” So it’s quite nice to have that aspect away, so you’re not judging people on other things. It’s just face value.’

Are you not tempted to find them on Instagram?
‘I did that for one. I found his Instagram and I was like “oh my god, you’re a loser.” And I’m not going to do it again because it ruined it for me.’

Would you ever want to go on I’m a Celeb?
‘I’d love to do it. Absolutely love it. I’ll make no secret of that – I’m a big fan of the show. Maybe one day…’

Would you do the Bushtucker Trials?
‘Yeah. The thing is, I’m too proud to not do it. I would actually make myself ill eating stuff because I couldn’t bear to go back and have no dinner for everyone. I hate being beaten, basically.’ 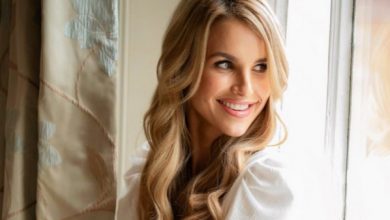 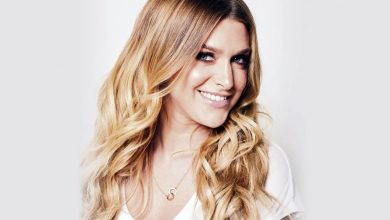