Selena Tan is the Singaporean actress who has been making audiences laugh as the witty Aunt Alix in the blockbuster success, Crazy Rich Asians. We caught up with her to talk about the success of the film and whether there are any sequels in the making…

First off, we have to talk about the crazy success of  Crazy Rich Asians! Why do you think it has been so popular?
‘It’s one of these things where suddenly the stars have all aligned. First of all, I think everyone who was making the movie was super-talented and really passionate. So the sense that I got when I was on the set was that everyone really breathed their hearts and souls into it and they really wanted to make this movie.’

Were you expecting it to be so popular?
‘Our director, Jon M. Chu, sometimes says he feels as if our summer camp video just went viral! It wasn’t until a couple of months after we wrapped and there was all this chatter on the internet that I was like, “oh my God, I think we’re onto something here.”’

What do you think has been the impact of Crazy Rich Asians?
‘My niece, who lives in a smaller town in the UK, when she found out [about the movie] she was so excited. She wrote and said she always wanted to be an actress but she didn’t think it was possible because she’s Asian, and now she’s rethinking it. There have been a lot of heart-warming stories from all over the world actually, so I think that’s one of the main reasons why the film has been so successful.’

Yes, of course! And do you think this film shows there is a market for productions with a majority Asian cast?
‘Oh, for sure. A lot of productions with an Asian slant got green-lit after Crazy Rich Asians, which is I think an amazing testament to how important it is. I think Hollywood is becoming more diverse, with films like To All the Boys I’ve Loved Before. But Crazy Rich Asians, a big studio film, I think this is really going to make some headway.’

How did you feel about filming in your home country, Singapore?
‘I love the fact that the whole thing is centred around Singapore. I felt a real sense of pride about it. I was born and bred, I work there, I eat there…So, I started to feel not only is it going to be great for Asian representation around the world, but for my country!’

What has been the reaction to Crazy Rich Asians in Singapore?
‘I can’t say for certain, but I would say about 70 – 80% really like it because it shows Singapore in a really great light. It’s almost like free advertising, and they love the fact that Singaporean actors are in it and that our lingo is there, our food is there. But of course there has been big talk and discontentment that it’s not completely representational of Singapore racially because we’re mainly Chinese people in the movie – actually, we’re almost all Chinese people in the movie – and in Singapore, of course, we’re a mix of Chinese, Malaysian, Indian, Caucasian…But the truth is that this book was written by Kevin and this is Kevin’s point of view about a rich Asian family.’

As you live in Singapore, were there any bits in the film that you particularly related to?
‘No matter which section of society you are in, family is number one. It doesn’t really matter if you’re rich or you’re poor, your family comes first. If you come from a very rich family that has a big business, I think it’s expected that you come back and take over the family business.’

So is that how you grew up?
‘No, I know of really rich families but that’s not how I grew up. We grew up on a sort of lower/middle income. We all studied in Singapore – it was not as if going abroad was an option, unless we were on scholarships. But we were fine, we didn’t want for anything.’

And looking to the future, do you think there will be Crazy Rich Asians sequels?
‘I heard about a month ago that Warner has already green-lit a sequel but they are in development at the moment in LA. They’re not entirely sure yet but if they do, I guess it will be in about a year or so. But I heard it was green-lit!’ 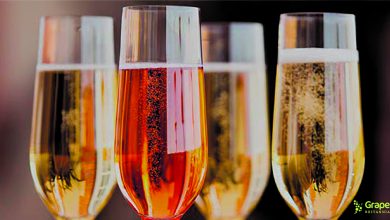 Love Island’s Frankie Foster on rumours, his future with Samira and the couples who will survive the villa 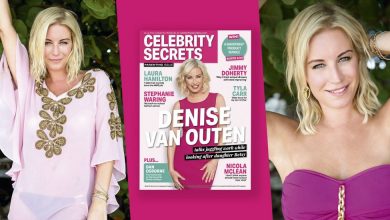