Kimberley Walsh has come a long way since her Girls Aloud days, and can now add wife, mum, actress and entrepreneur to her list of credentials. We caught up with the star to talk fashion as she launches her first clothing label, Kimba Kids…

Why did you decide to design Kimba Kids?
‘It’s been a long time in the making. The idea originally came to me when I had Bobby and struggled to find any cool, affordably priced boys wear. I was sick of seeing dinosaurs and nautical stripes, so wanted to do something a bit different.’

Have you sent any clothes over to any other celebs to dress their kids in yet?
‘I would love to see all my friends’ children dressed in Kimba Kids, but as the collection only starts at age three I am limited to who I can send it to – but needless to say I’ve had lots of people ask me if I can make up pieces for them in baby sizes!’

How’s Cole progressing? We can hardly believe he’ll be two this December!
‘Cole is 100 miles an hour. He’s such an adventurous little thing, he really loves exploring and meeting new people. He’s a very happy little boy and absolutely loves football. He’s only just started talking recently, which was much later than Bobby, and it’s so cute getting to hear what his little voice is going to sound like.’

What about Bobby?
‘Bobby loves Star Wars, Transformers and The Greatest Showman. He’s definitely more of a performer, and he’s always singing and putting on shows for me.’

How do the boys get on?
‘They’re both still very young, so I definitely spend a lot of time meditating. But, as Bobby is the oldest, he always has to give in to Cole as he’s only 19 months. I do feel a bit sorry for Bobby, but it takes a while for kids to grasp the concept of sharing!’

Have you made any plans for his 4th birthday in September?
‘I haven’t as of yet, but he’s already told me he wants the real Transformers, so that could be a bit tricky!’

How do you juggle your career with the kids?
‘I’m lucky enough to have an amazing support network, which includes my mother who now lives in London. Justin tries to help out as much as he can, but two young boys can be quite a handful as he’s beginning to realise!’

You and Justin have been together since 2003. What’s the secret to your lasting relationship?
‘I think it’s really important to give each other space as well as always talking and keeping connected. I think we’re just very compatible as people, and having the boys has brought us even closer together and taken our relationship to another level.’

You’ve said you’re up for a reunion with Girls Aloud. Have there been any serious talks about this yet?
‘No, none at all. We’re all so busy but we all have so much love for the group so you can never say never…’

What about your acting? You’re currently on our screens in Ackley Bridge – would you like to do more TV or film work?
‘Yes, I would love to do more. It was great being part of such a strong Northern drama.’

Surely you’ve got to bag a role on Emmerdale to make it a hat trick, along with your sisters [Kimberley’s sister Amy plays Tracey in the soap and her other sister Sally starred in Emmerdale for three years ]…
‘That would be funny! Amy is absolutely loving playing Tracy and she’s worked so hard to get to this point in her career. I’m so happy for her.’

If you could work with any actor or actress who would it be and why?
‘Denzel Washington. I just think he’s the most amazing actor and I was lucky enough to meet him on The Jonathan Ross Show once, and he was such a gentleman.’

Finally, please tell Celebrity Secrets one secret you’ve never revealed to your fans before – until now…
‘I used to love making my own clothes when I was a child!’

Kimberley’s range, Kimba Kids, is available to buy from next.co.uk 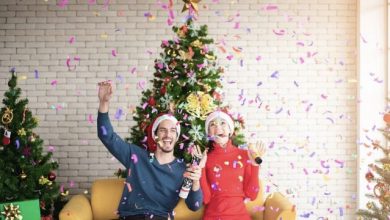 Emma Walsh on Made in Chelsea, boxing and what she eats to stay healthy 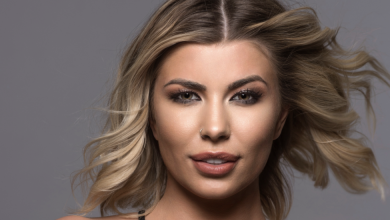