A ski holiday isn’t just about time on the pistes – many skiers choose their resort based on the après-ski party scene, too. Whether you want to sit quietly with a pint enjoy the last rays of sunshine on the mountain or totally let your hair down at a slopeside party, dancing in ski boots to a DJ or live band, après is an important part of the skiing day?

Every skiing country in the world does après slightly differently but one thing’s for certain: there’s guaranteed fun across the board.

Checklist has joined forces with Powderhouse to pick out some of the best ski resorts to party at après, some of the big headliners where you’re guaranteed some fun.

There can be fewer more famous places in the world for après than the MooserWirt, an Austrian institution. Sitting just above the town on the Galzig piste, this place is heaving every afternoon with DJ, beers and shots of Jägermeister until 8pm (Powderhound tip: here’s a hotel behind it, so you can stay right at the heart of the action). Across the piste is the Krazy Kanguruh — again not for the faint-hearted. Both require a ski down to the town afterwards, when you can stop in at Basecamp and complete St Anton’s very own après-ski equivalent of the Bermuda Triangle. If you need something a little less rowdy, Heustadl is on the Blue 1 piste, or Anton Bar, at the base of the Galzig gondola, offer more laid-back options.

Top of the charts for its massively varied scene — most skiers will recognise the big names here even if they haven’t skied Val d’Isère. This resort was the site of the very first La Folie Douce, the open-air nightclub where the table stomping is in full swing every afternoon until 5pm. Situated at the top of La Dialle, although you can ski in, you can also get the lift back down. Then there’s Cocorico at the Rond Point des Pistes, another massive open-air party scene which kicks off slightly later in the afternoon with DJ and live band. Other (slightly quieter) institutions are the Pacific Bar, Le Bananas and the Moris Pub — one of the very first pubs to open in Val d’Isére. Later on the party moves to the infamous Dicks Tea Bar or the Underground Café.

Rub shoulders with the rich and famous in Verbier. Negotiate the likes of Ice Cub (at Ruinettes) or the yurts of Bar 1936 before dropping down into the town to enjoy some chic après at Le Rouge at one end of the town or some rowdier fun at Pub Mont Fort at the other. Another old favourite is Fer à Cheval (Tip: free pizzas are handed out at après), or head to the central Farinet, which hosts live bands every night of the season. If your après antics take you as far as the Farm Club, Verbier’s long-standing nightclub, don’t forget your credit card — the Farm is renowned as one of the most expensive destinations in the Alps.

A perhaps surprising entry, the freeride Mecca of Andermatt is sneaking its way into the après-ski charts. The resort has a special après-ski adapted coach on the railway taking skiers between the linked resorts of Sedrun and Disentis via the 3000m Overalp Pass (an overall journey time of an hour). Consumption of food and drink in the bar is mandatory, and (Tip: there’s an on-board DJ at weekends). In Andermatt itself, the arrival of La Vache — from Rob Sawyer, James Blunt, Lawrence Dallaglio and Carl Fogarty, the same team behind the Verbier restaurant — is shaking things up. Resident DJ is Konal Kirsten (from Chicago, London and Ibiza) with the likes of Seb Fontaine, Brandon Block, Toby Anstiss and Goldfish performing throughout the season.

North America isn’t known for its après scene, but Whistler is one of the exceptions with the Garibaldi Lift Company (GLC) topping the bill. Located just above the Whistler gondola building, you can enjoy a shot skis and beer on the terrace while watching skiers coming down the mountain (Tip: there’s a masseuse going from table to table at GLC, too). If you’re staying in Whistler’s Upper Village, Merlin’s, at the base of Blackcomb Mountain, is a great place to enjoy some end-of-day nachos. There are many other places to explore — Buffalo Bill’s with its a resident DJ and a great cocktail menu, the ubiquitous Irish pub, Dubh Linn Gate, serving up live music and Guinness and more pumping music at the Longhorn Saloon.

Surprisingly European in its approach to après, the residents of this town ski hard and party harder. Things kick off at Cloud Nine on Highlands, with a classic European open-air party, ski boot table dancing, champagne quaffing and live DJ. On Aspen Mountain, Little Nell this year launched “The Beach” at Sundeck —where skiers can enjoy drinks and snacks and live DJ while lounging on deckchairs. For a chic atmosphere, head to the Wet Deck at the W, Ajax Tavern at the Little Nell or Chica at the Little Nell Residences just next to the Silver Queen Gondola at the base of Aspen Mountain. (Tip: Ajax Tavern serves up unbeatable truffle fries.) Then there’s the Red Onion and Limelight Lounge — the latter des great pizzas after skiing. Later in the evening, Belly Up Aspen is an institution — the live music venue was founded in 2005 and still goes strong. Then there’s the Caribou Club and 7908 Aspen for a more chic vibe.

Home of the Snowbombing festival, this town goes off at après, starting at the Pilzbar at the top of Penken cable car with its umbrella bar and terrace. Further down in the town is the Bruck n Stadl which regularly features international DJs and a crazy party vibe that seems unique to Austria. (Tip: for a unique vibe, try the White Lounge — a giant candlelit igloo where waiters skate around serving drinks.) There’s dancing on tables to classic tunes at the Ice Bar next to the Penken lift, while the Scotland Yard Pub enjoys a huge reputation as one of the best places to party in Austria.

There’s more saxophones, dancers, DJs and fun from La Folie Douce where you can stomp in your ski boots until late into the afternoon before transferring to the Underground Bar in town. Known for its live sports, music and loyal clientele, this place is run by Brits and serves up reasonably priced drinks. Smithy’s Tavern is a favourite watering hole, and when the shadows have grown (very) long, revellers head downstairs to L’Igloo which stays open until 5.30am but probably best ditch your ski boots before that point. The Speakeasy Arena is known for its brilliantly eclectic and varied selection of music while Mo’s serves up cheesy choons at après for those who want to party hard.

Several new hotels have opened this winter in this buzzy Italian resort that offers a cheaper view of the Matterhorn — likely to only increase the already well-established fun at après-ski. Grab beers by the pitcher at the Yeti or enjoy live music and terrace drinks at the Thistles Pub in the Dragon hotel which offers a homely vibe with its British pub décor. The Umbrella bar, right at the foot of the slopes, is a firm favourite with live music midweek, while the family-run Lino’s bar, opposite Cervinia’s ice rink, is known for its live music on Sundays. (Tip: if you like a G&T, the tiny Tasty bar on Cervinia’s main street has more than 500 different types of gin). Later in the night head to the Sound Club which has a great cocktail menu.

The 210km Grandvalira attracts skiers for its low-VAT and duty-free prices, and while the après is lively at all the resorts, its Pas de le Casa that attracts the real party-hard crowd with almost too bars many to mention. The scene kicks off at the Coll Blanc, Kamikaze Surf bar and the Mazaya Igloo terrace. Pas 83 is great fun — a ski hire and storage location with a bar featuring live music and DJs (Top tip: if you store your skis here you’ll get a free drink every day). Free popcorn and shots are hounded out early at the London Underground, then there’s Costa Rodana, Paddy’s Bar, the Dubliner, an Irish bar split over two levels as well as sports on the big screen at the Milwaukee Bar. 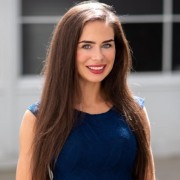 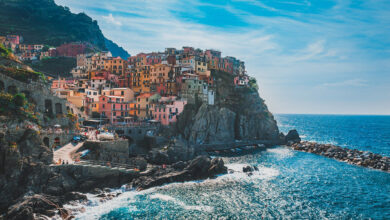 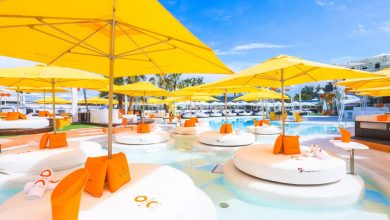 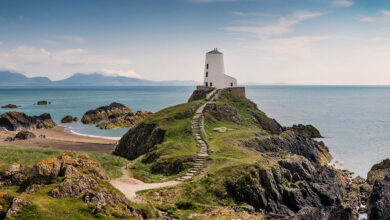 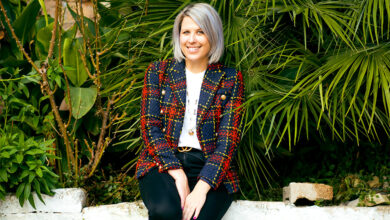